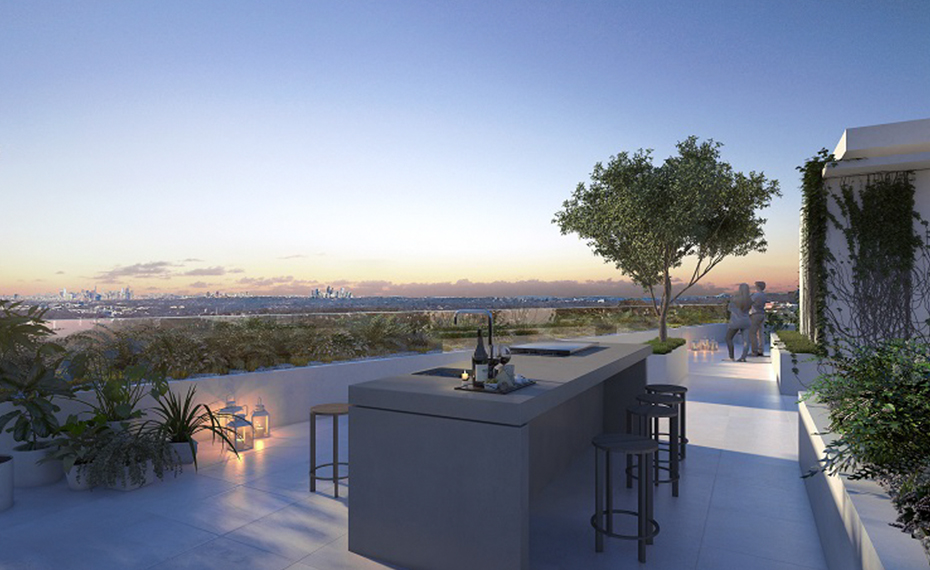 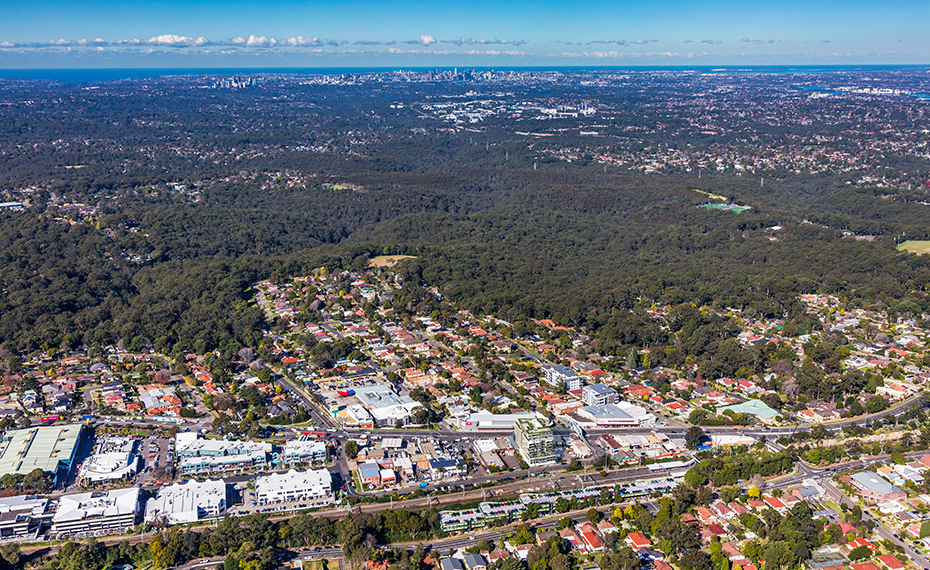 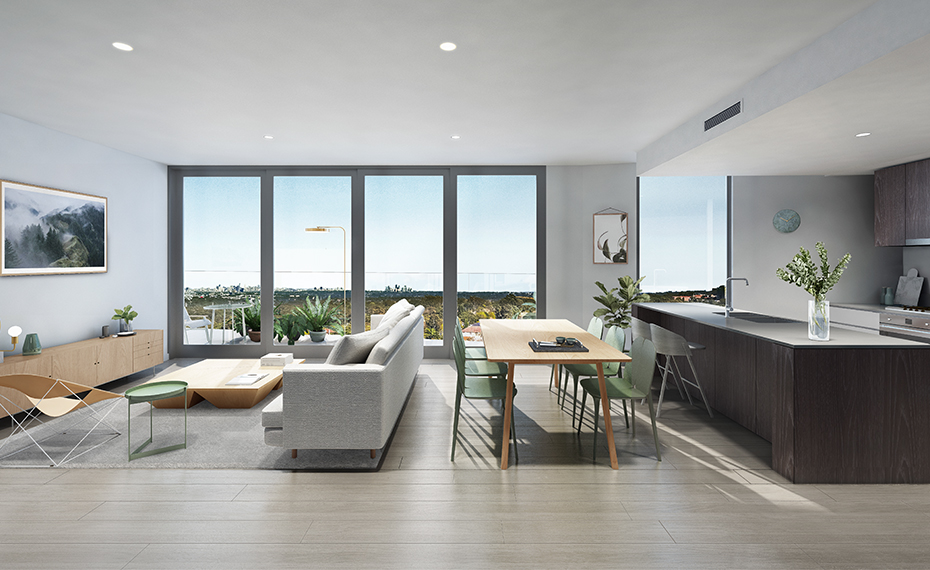 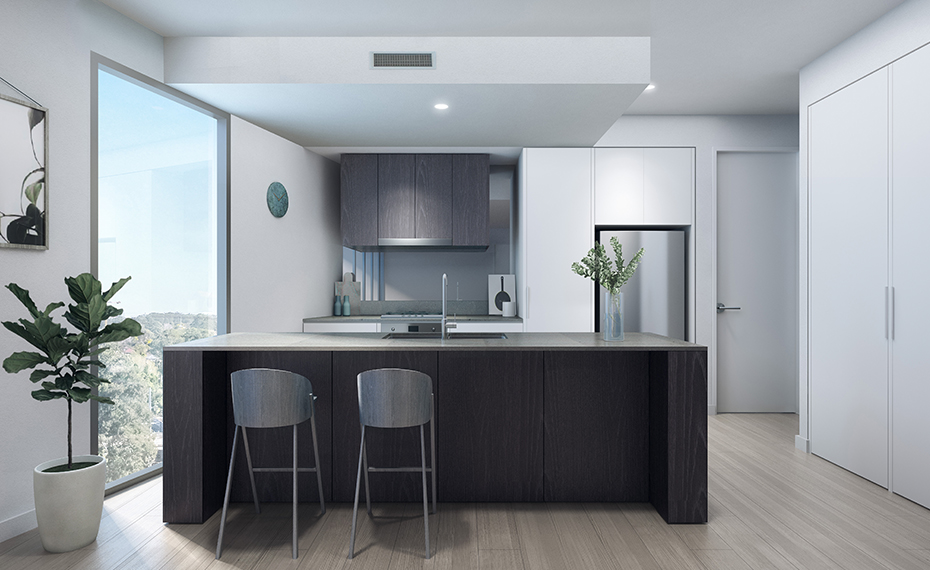 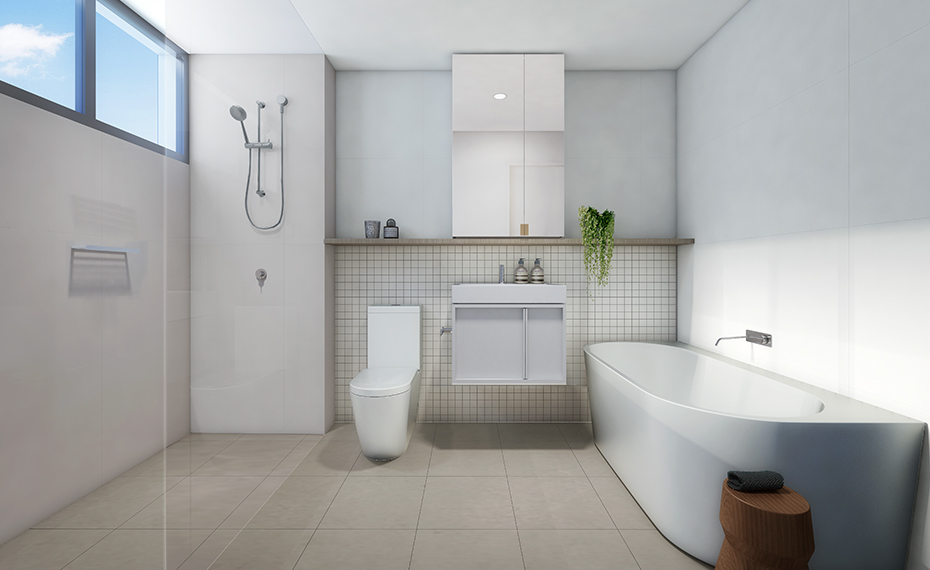 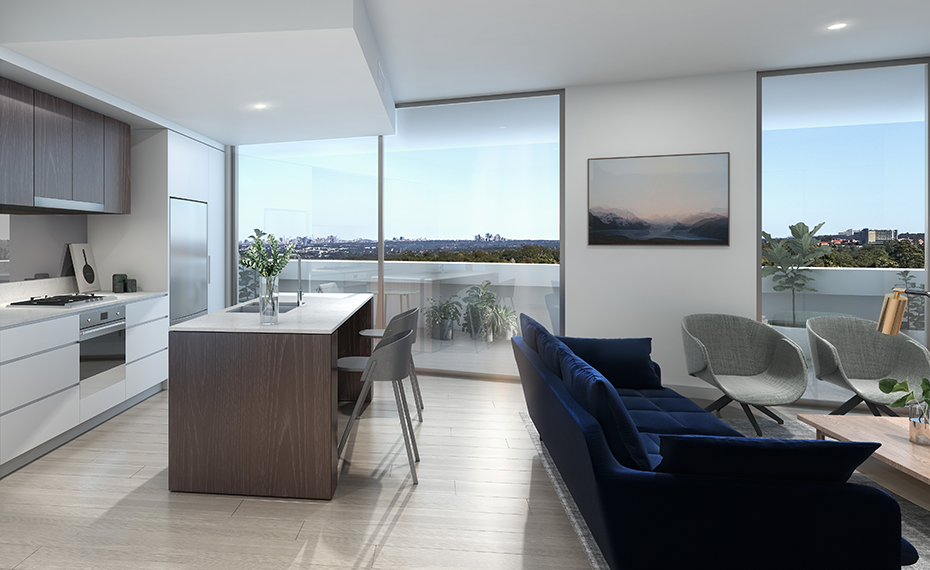 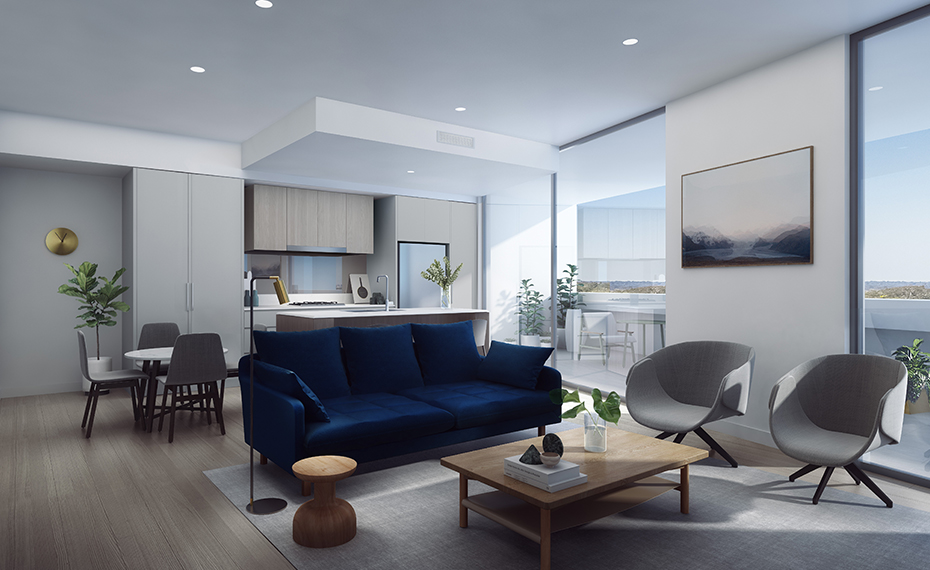 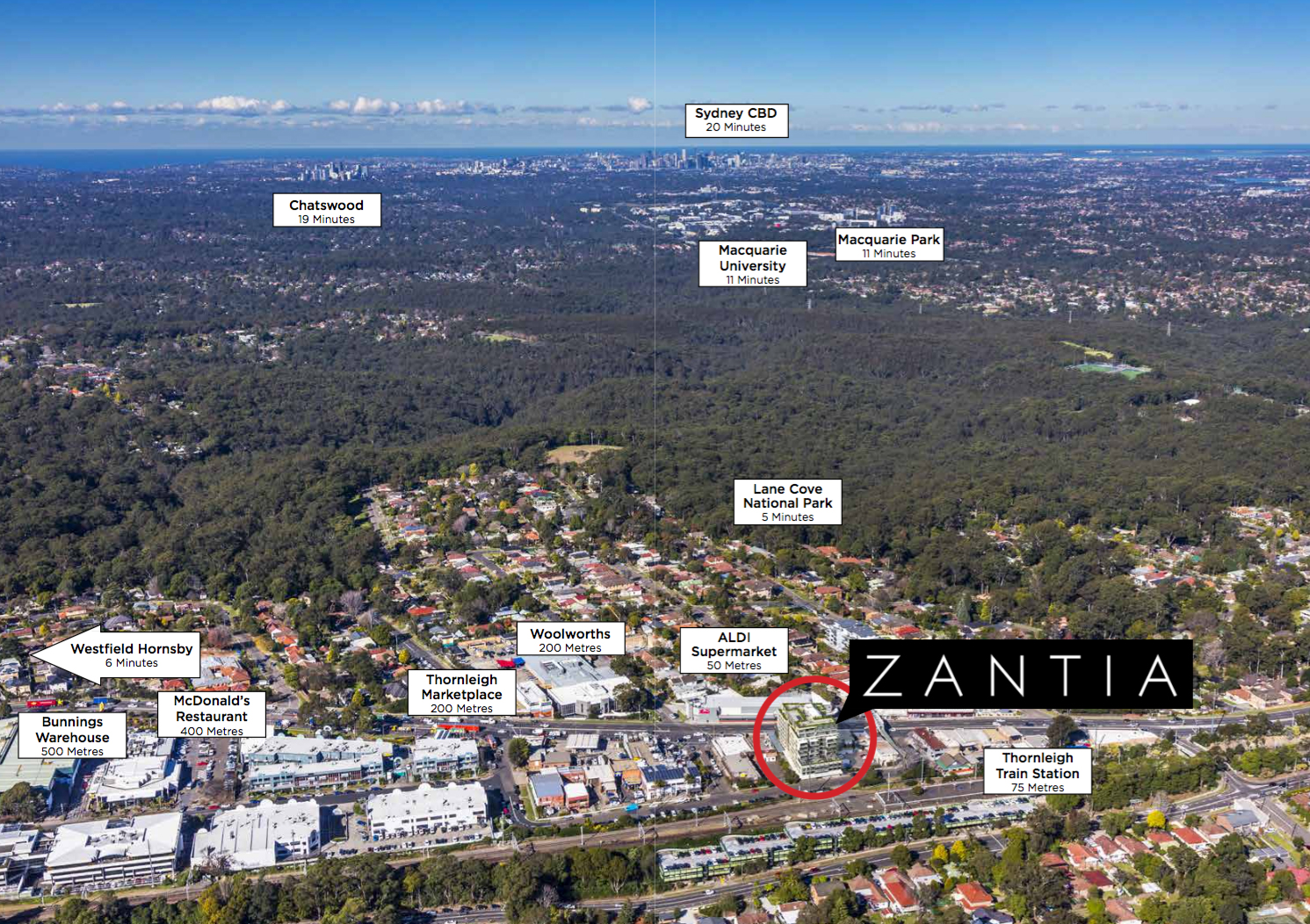 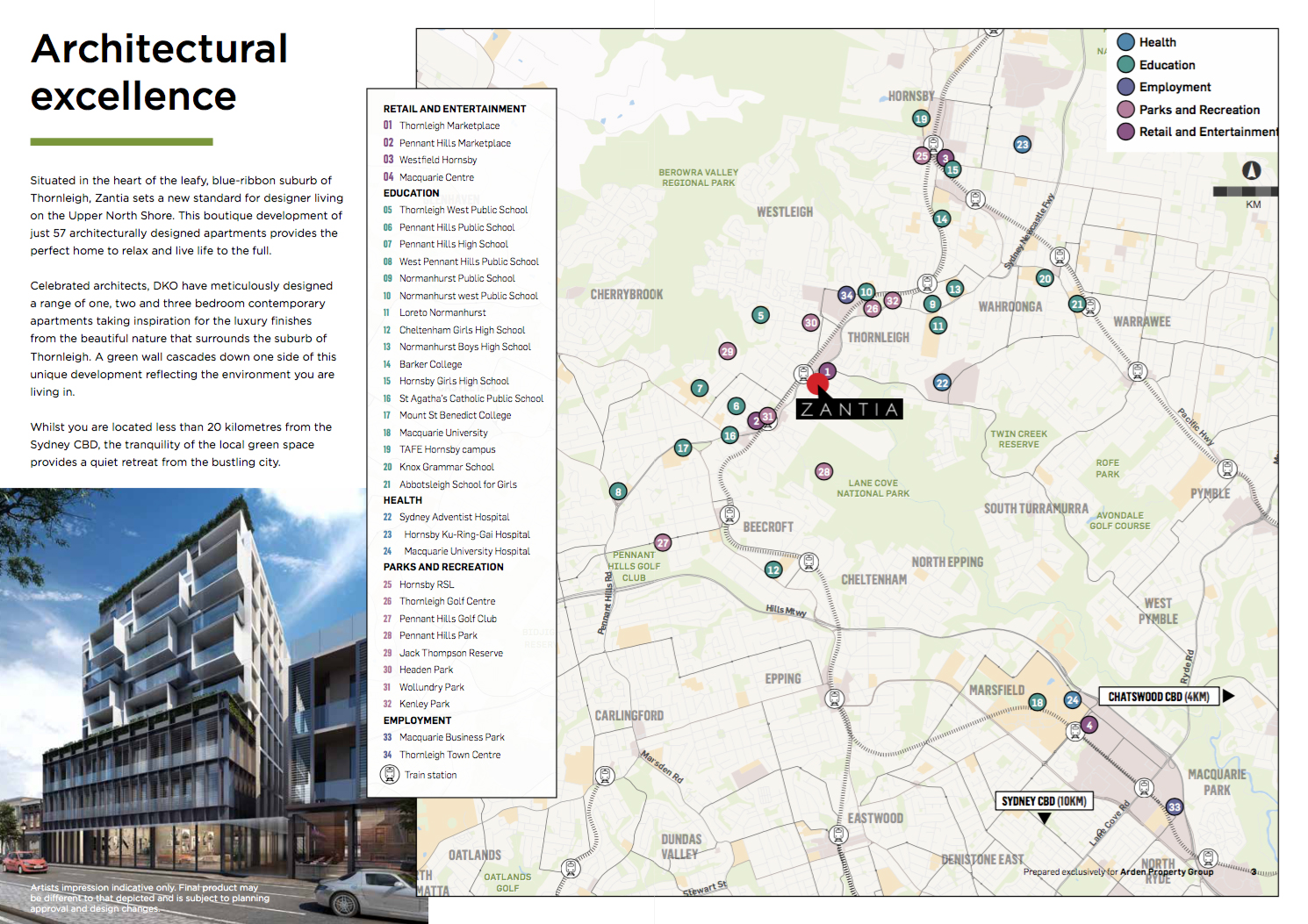 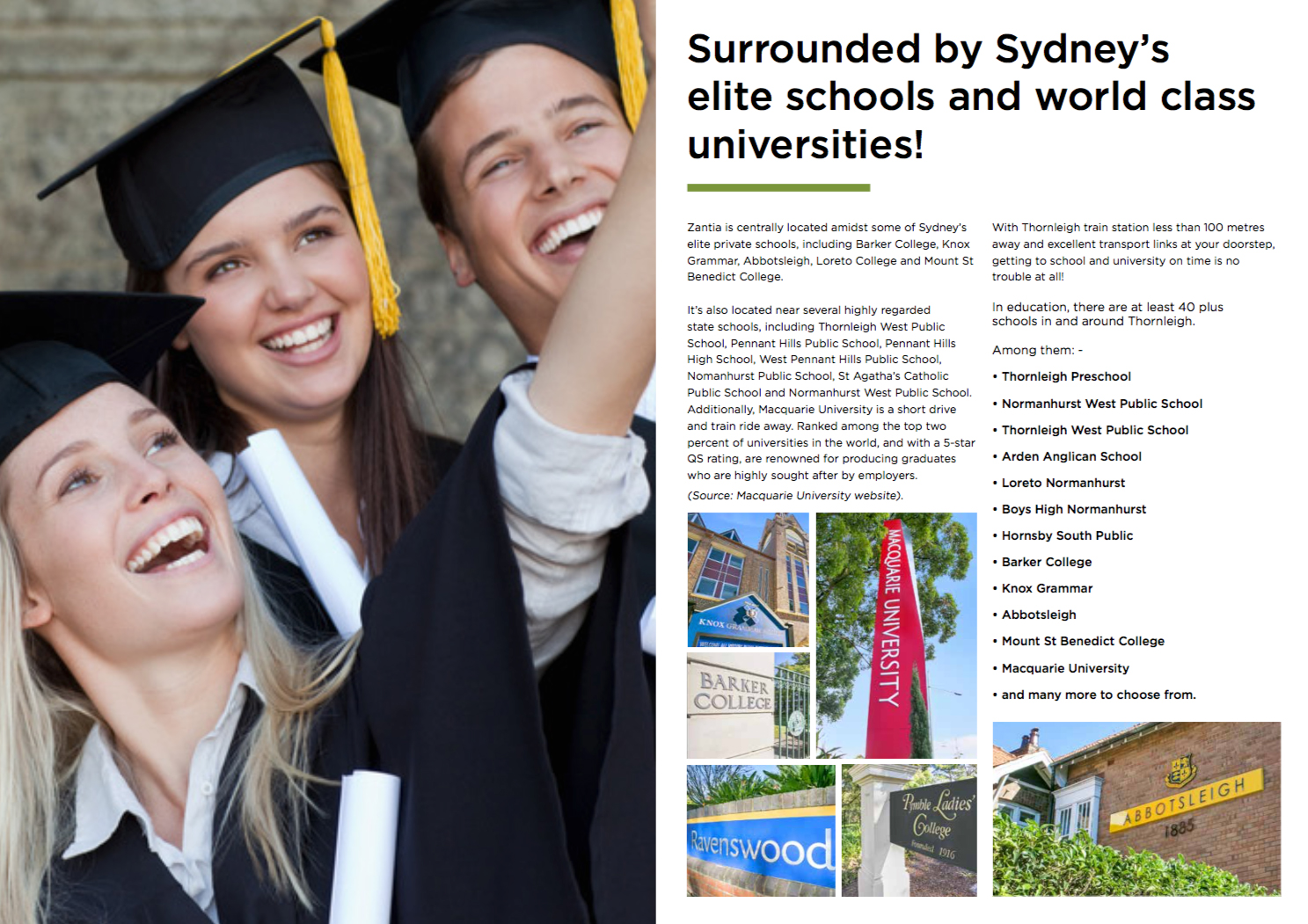 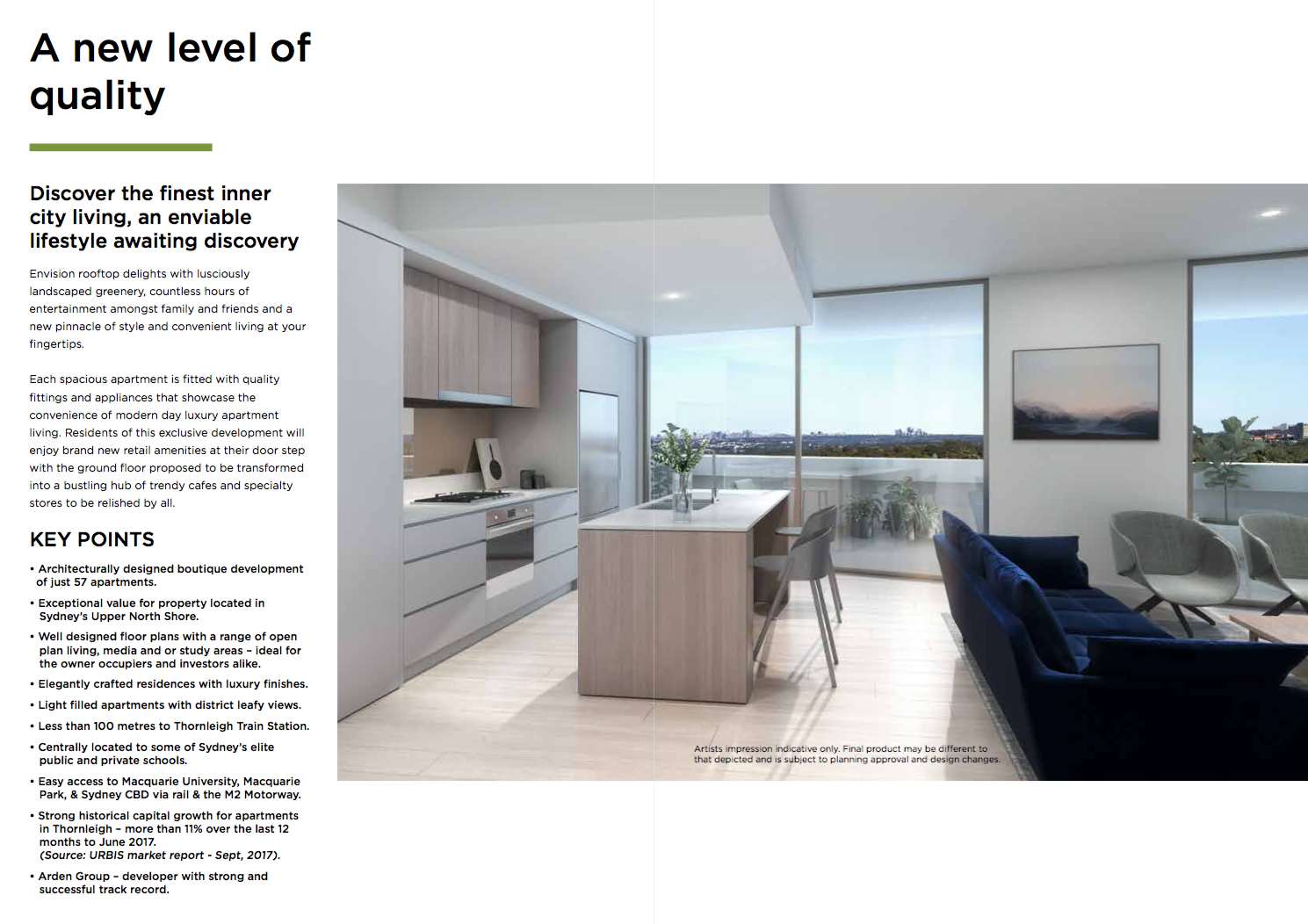 Settle into your new home at Zantia, Thornleigh where convenient location combines with magnificent vistas overlooking national park through to the shimmering skyline of the Sydney CBD.
Located on Sydney’s Upper North Shore, Zantia is at the centre of some of Sydney’s nest public and private schools and is perfectly positioned to enjoy the very best that Thornleigh has to offer.
With Thornleigh Train Station a short walk away, and major employment centres such as Macquarie Park and the Sydney CBD a short drive, Zantia places you at the heart of a vibrant setting you will love to call home.

Situated in the heart of the leafy, blue-ribbon suburb of Thornleigh,
Zantia sets a new standard for designer living on the Upper North Shore.
This boutique development of just 57 architecturally designed apartments provides
the perfect home to relax and live life to the full.

Celebrated architects, DKO have meticulously designed a range of one, two and three bedroom contemporary apartments taking inspiration for the luxury finishes from the beautiful nature that surrounds the suburb of Thornleigh.
A green wall cascades down one side of this unique development reflecting the environment you are living in.

Whilst you are located less than 20km from the Sydney CBD,
the tranquility of the local green space provides a quiet retreat from the bustling city.

This project is centrally located amidst some of Sydney’s elite private schools, including Barker College, Knox Grammar, Abbotsleigh, Loreto College and Mount St Benedict College.
It’s also located near several highly regarded state schools, including Thornleigh West Public School, Pennant Hills Public School, Pennant Hills High School, West Pennant Hills Public School, Nomanhurst Public School, St Agatha’s Catholic Public School and Normanhurst West Public School. Additionally, Macquarie University is a short drive and train ride away. Ranked among the top two percent of universities in the world, and with a 5-star QS rating, are renowned for producing graduates who are highly sought after by employers.
(Source: Macquarie University website).
With Thornleigh train station less than 100 metres away and excellent transport links at your doorstep, getting to school and university on time is no trouble at all!
In education, there are at least 40 plus schools in and around Thornleigh.

A new level of quality

Discover the nest inner city living, an enviable lifestyle awaiting discovery
Envision rooftop delights with lusciously landscaped greenery, countless hours of entertainment amongst family and friends and a new pinnacle of style and convenient living at your fingertips.
Each spacious apartment is fitted with quality fittings and appliances that showcase the convenience of modern day luxury apartment living. Residents of this exclusive development will enjoy brand new retail amenities at their door step with the ground floor proposed to be transformed into a bustling hub of trendy cafes and specialty stores to be relished by all.
KEY POINTS

Retail therapy at your doorstep

Thornleigh Marketplace, Woolworths and Aldi are all at the doorstep of Zantia, providing another Thornleigh lifestyle experience.
This bustling hub of activity has joyful exuberance that leaps out at the visitor at every turn.
It includes a variety of specialty stores from personal indulgence massage, hairdressing and fitness, to cafes, patisseries and fresh food.
Fashion, homewares, eateries, bars and more
You’ll be spoilt for choice at major shopping centres including, the Macquarie Centre and West eld Hornsby, located just a short 6 minutes’ drive away.
With 335 specialty stores, West eld Hornsby is the oldest store in the West eld global chain, having traded in the Upper North Shore for more than 40 years.

Key Transport corridors
- $3 Billion NorthConnex Upgrade
Construction has commenced on the NorthConnex infrastructure project.
A 9 km tunnel linking the M1 Pacific Motorway at Wahroonga to The Hills M2 Motorway at West Pennant Hills.
This is forecast to remove 5000 trucks per day off Pennant Hills Road, which will further add to the livability and accessibility of Thornleigh.
Traffic times along Pennant Hills Road will also be vastly improved.
(Source: NorthConnex.com.au)

Thornleigh train station is conveniently located less than 100m from Zantia and provides easy access to Macquarie University.
Additionally with the Sydney Metro Northwest infrastructure project underway this will increase frequency of train services with a train every four minutes in peak hour to surrounding employment centres such as Macquarie Park, Chatswood, Macquarie University, North Sydney as well as the Sydney CBD.

This project at Thornleigh is just 39km from the Sydney Domestic and International Airports.
Both the Sydney international and domestic airports can be accessed in just half an hour by road.
Sydney Airport is an international airport located 8 km south of Sydney city centre, and transports more than 42 million passengers per annum. It is the primary airport serving Sydney, and is a primary hub for Qantas, as well as a secondary hub for Virgin Australia and Jetstar Airways. 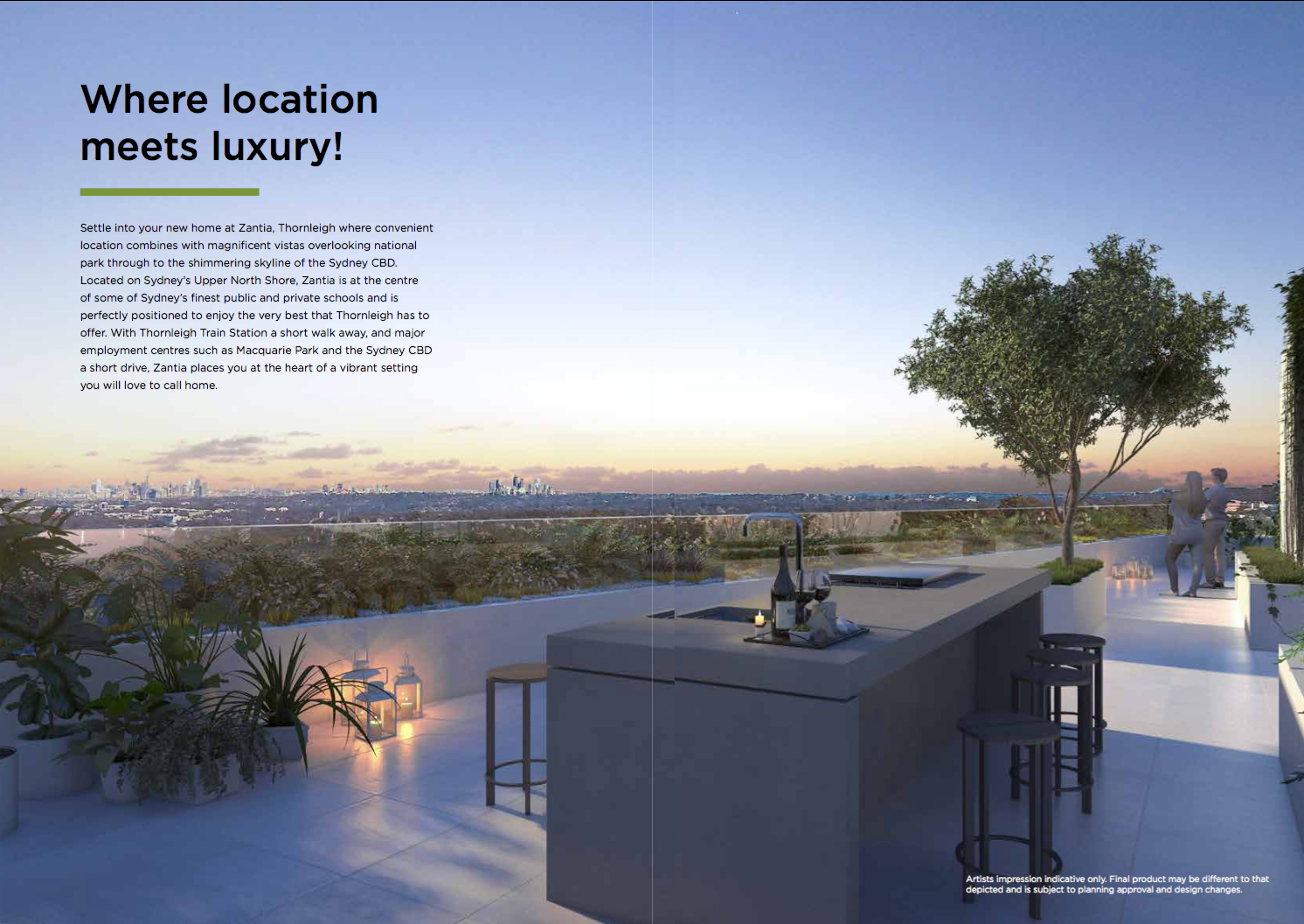 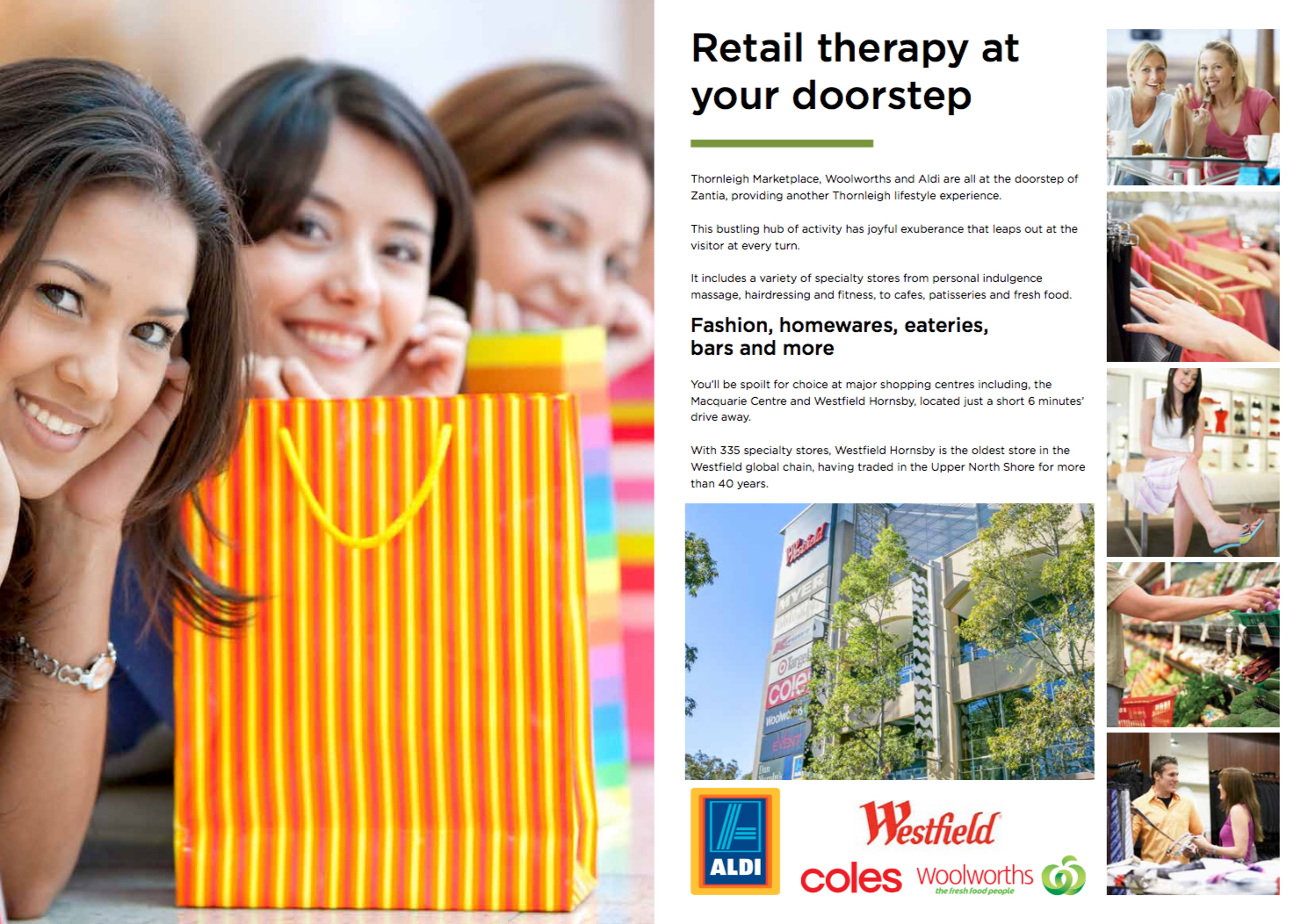 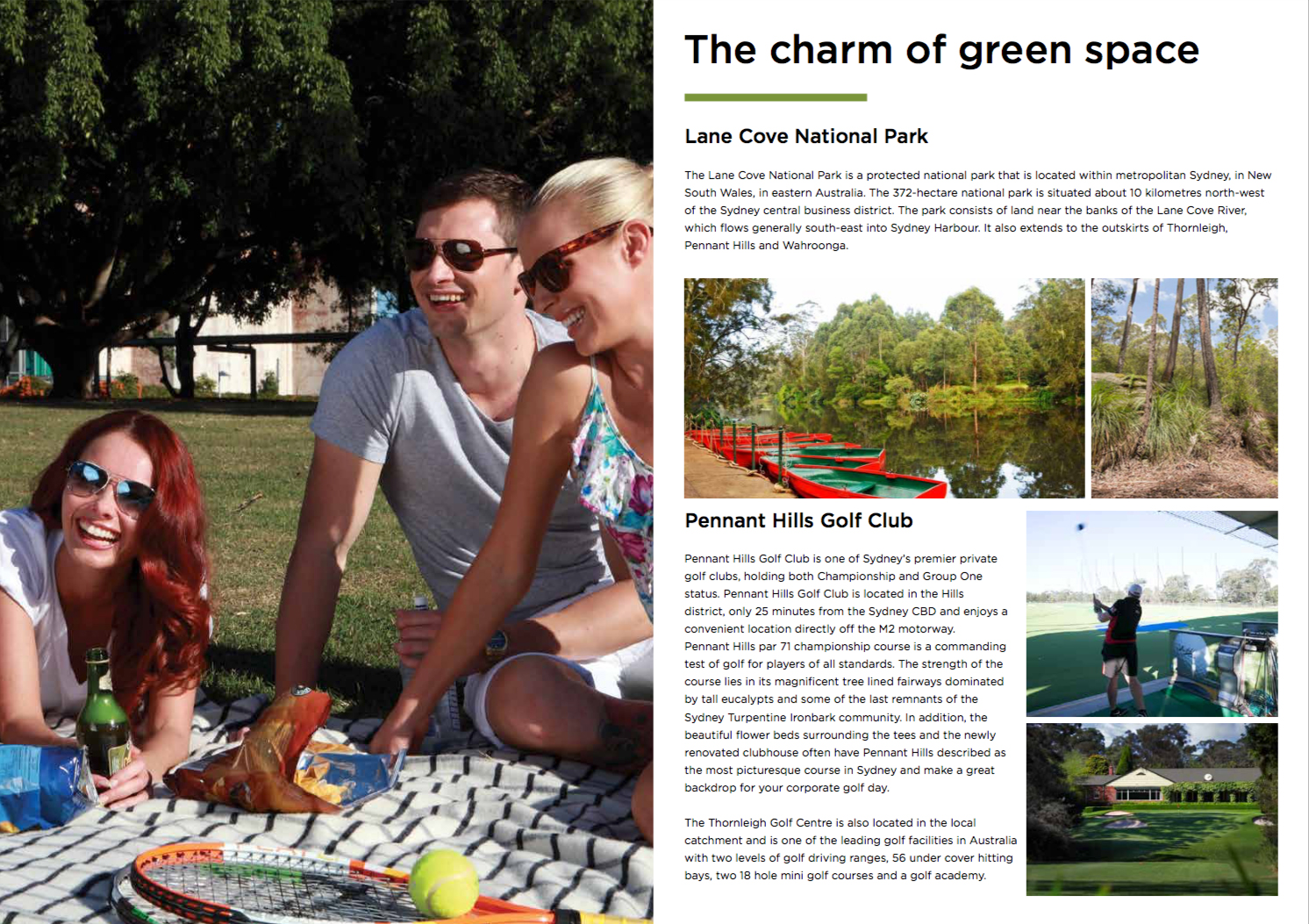